My last blog post discussed the difference in behavior between the picture icon in the Content placeholder and the actual Picture placeholder.

If you need a more thorough refresher, you can re-read the entire post here. When working with images, I generally prefer the behavior of the Picture placeholder, because I usually want to fill the entire placeholder space with the image rather than having the placeholder itself readjust to match the image and leave me with space either on the top or the sides (like it does in the Content placeholder on the left in the screenshot above). 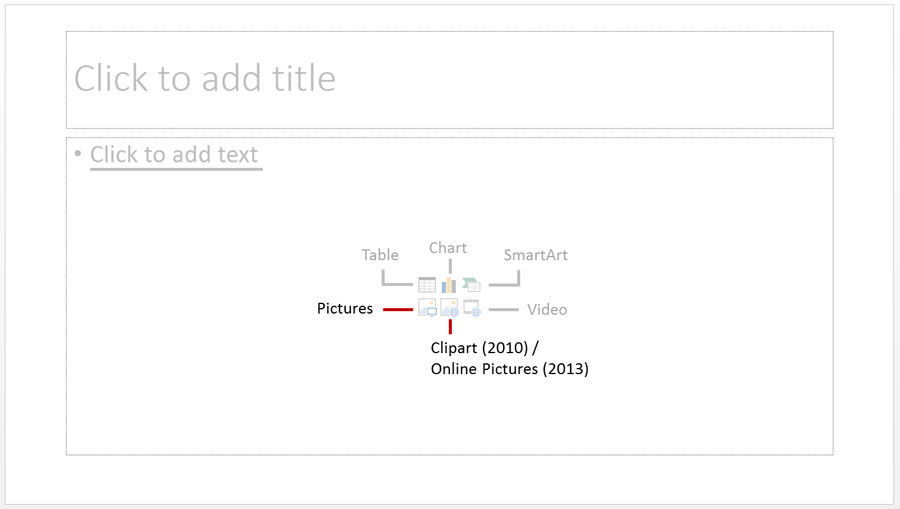 In PowerPoint 2013, when you click the Online Pictures icon in a Content placeholder, a dialog box opens and lets you search for Creative Commons pictures on Bing as well your own online picture caches on OneDrive, Facebook, and Flickr. (I imagine if you’re in a corporate setting, you might have access to a stash of company pictures on Sharepoint or Brand Central or the like.) 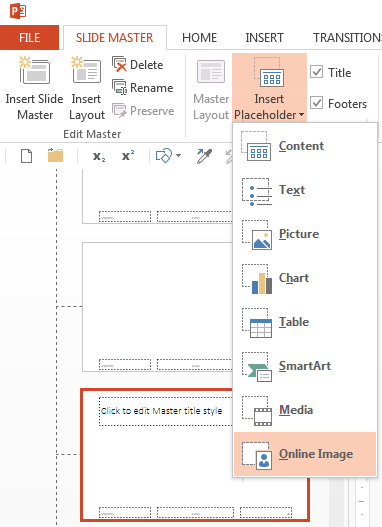 When you insert a picture using the Online Image placeholder, the full image is inserted, just as it would be in the Content placeholder. They behave identically. 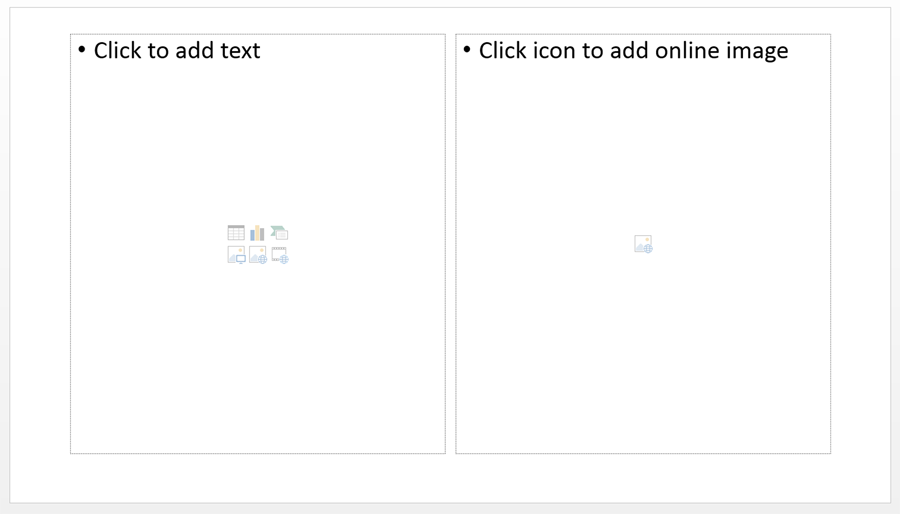 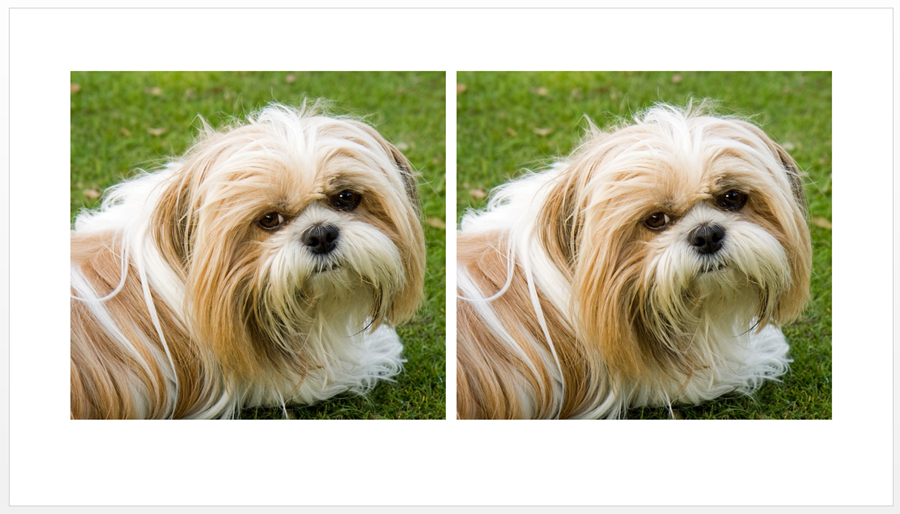 So, for all you PowerPoint template builders out there, here’s a summary of the behaviors for the various picture icon options in the various placeholders: 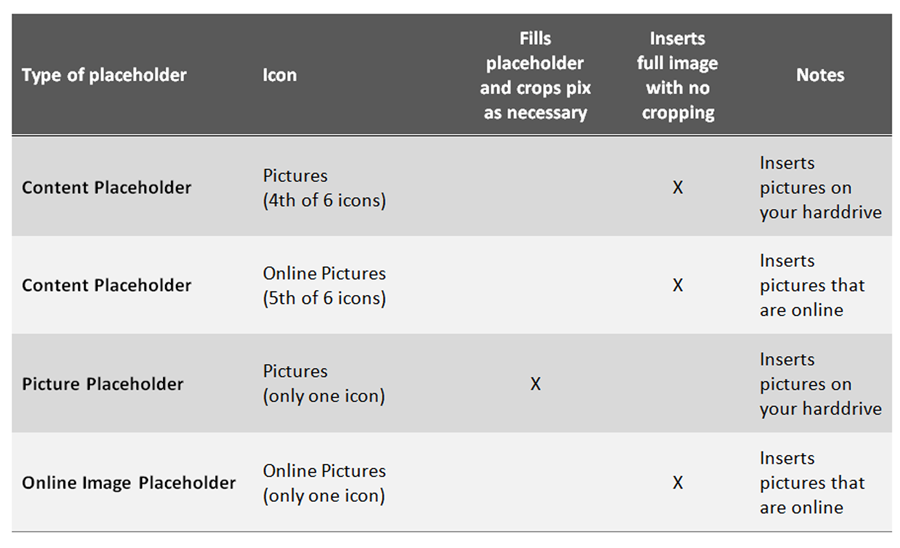 Now, for you users (as opposed to you template builders): If you don’t want PowerPoint messing with your images or your placeholders, your best bet is to use the Pictures or Online Pictures buttons on the Insert tab of the Ribbon and insert the pictures onto a Title Only layout – or at least onto a slide without an empty content or picture placeholder. Ellen Finkelstein explains this better here.

Finally, here’s a shout-out to Julie Terberg for letting me use her polar bear picture once again! Please note also that I used the Online Pictures icons and searched Bing for dog to find that picture of the shih tzu. It’s kind of hard to tell, but this is supposed to be a creative commons image so I should be able to use it. I sure hope it is, because I would rather not get sued! Just in case, here’s the attribution: www.publicdomainpictures.net.